The UK and Ireland are known for having an eclectic mix of regional dialects, but do you know where in the country they come from? Geordie on Tyne, Yorkie in the Dales or Cockney in the Capital, there really are too many to keep track of. 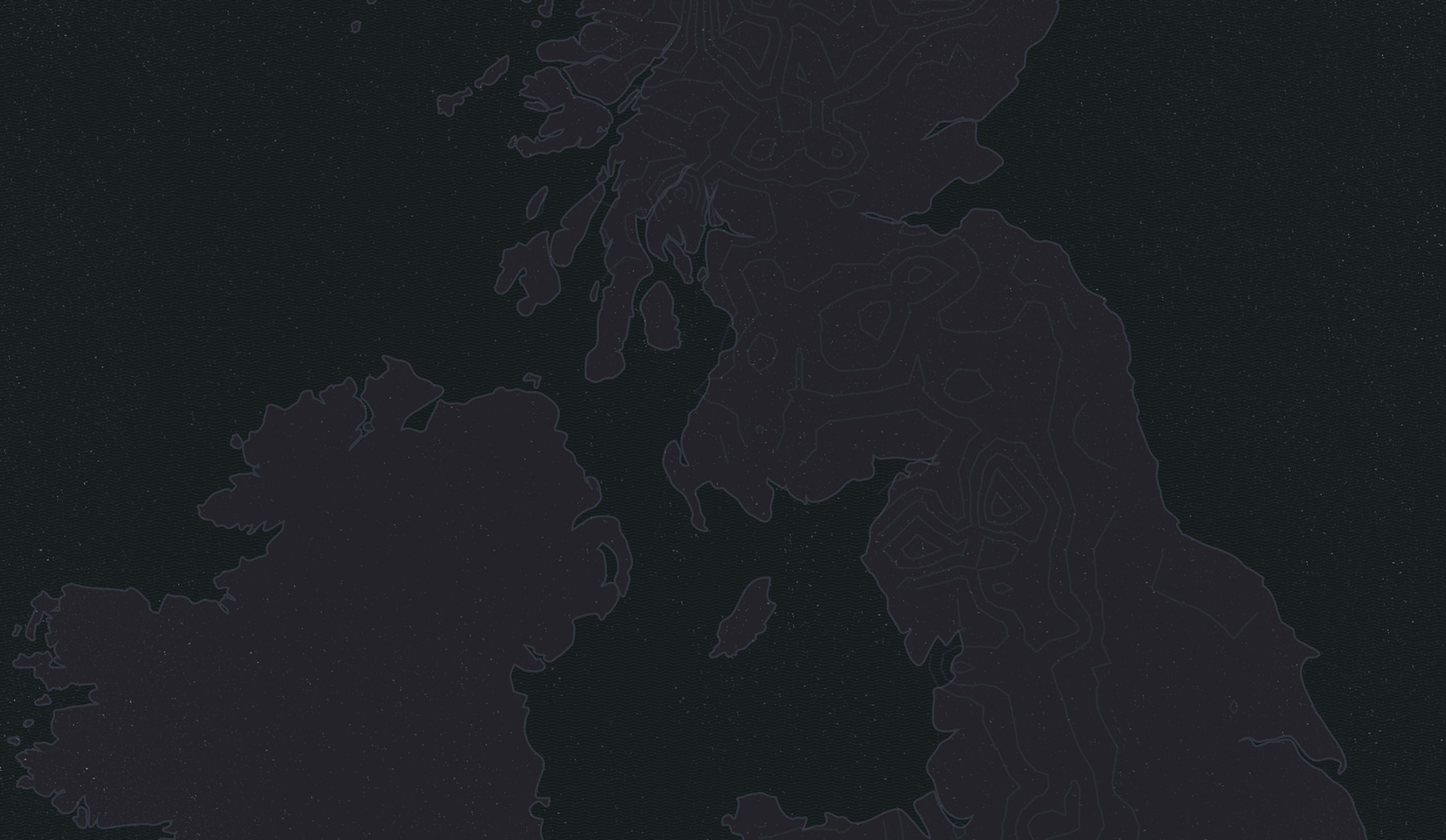 The UK and Ireland are known for having an eclectic mix of regional dialects, but do you know where in the country they come from? Geordie on Tyne, Yorkie in the Dales or Cockney in the Capital, there really are too many to keep track of.

THE PROBLEM We wanted to be able to educate and also test people's knowledge of the regional dialects of the UK and Ireland. When people claim to be an expert on regional dialects, we don't have a means to test it.

THE OBJECTIVE To create a method of educating and testing people's knowledge on regional dialects in a fun and inclusive way. To spark interest in the regions and show people the different areas they may not have fully known about before. Creating nostalgia in people.

THE SOLUTION Creating a game that allows you to explore the regional dialects. Sounding someone speaking in that dialect and then asking the player where in the UK it originates from. Allowing the ability to explore the regions freely so the user can get acquainted with the accents. 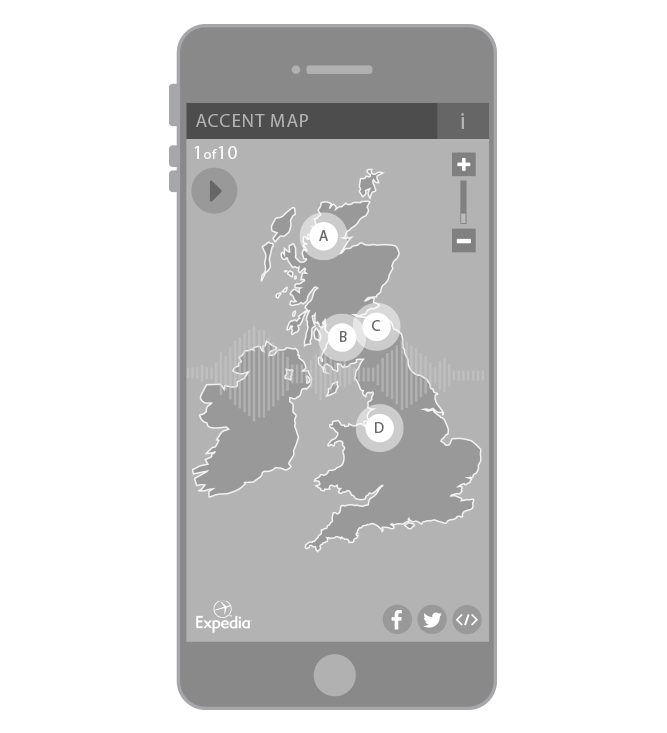 In game mode, users will be played a person speaking in their native UK / Irish accent and will then be given four options as to where the dialect originates from. 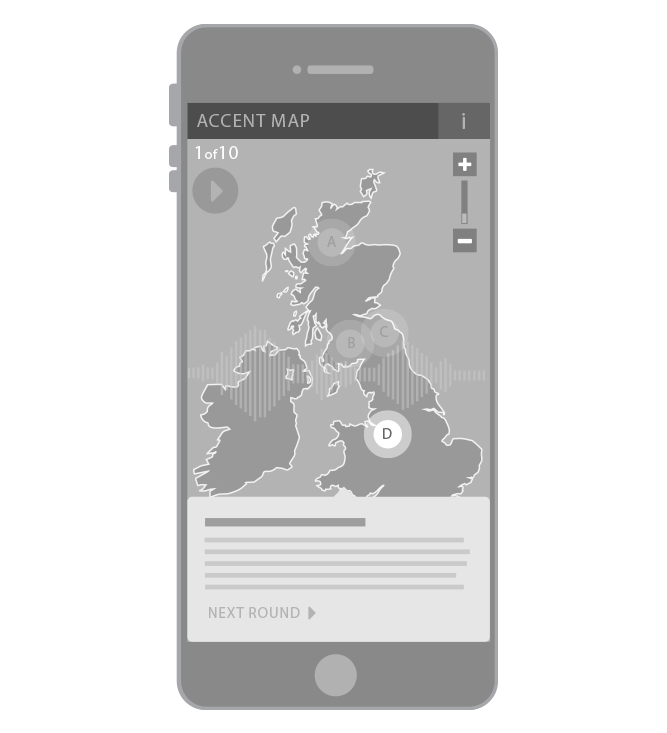 When the player selects their choice, the game will tell them whether they are correct or incorrect and then give them the option to continue to the next round. Once all rounds are up the score screen will show and allow the player to share their score or retry. 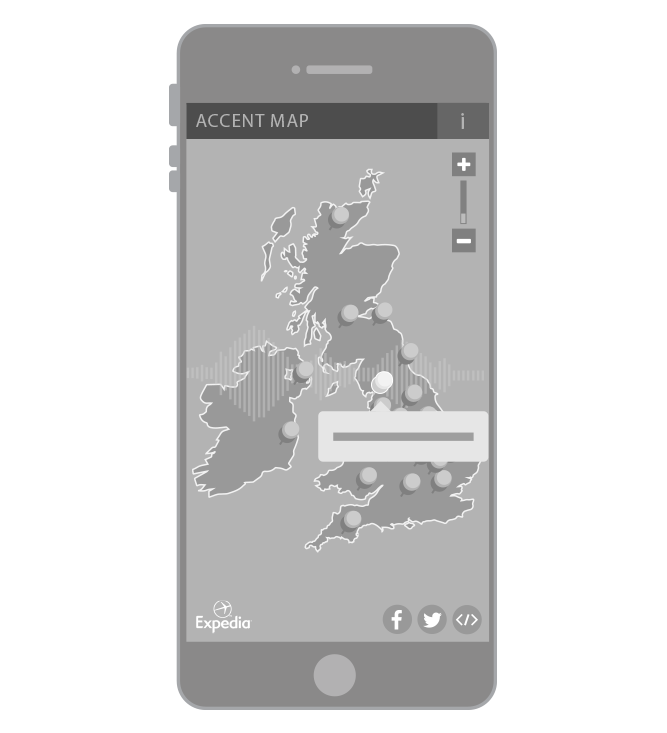 At any point at the beginning, during or at the end of the game, the player can click to enter explore mode. This is a free roam of the regions and the player can simply click a pin to hear the accent.

After prototyping and amending the low-fidelity wireframes, I set about mood boards and then got to work on styling for the app. We wanted to make sure it wasn't too gimmicky and twee so that it reached a larger target audience.

The team settled on the dark map and bright orange call to action colour. The monochromatic scheme has been used to help the player concentrate on the task at hand, and the orange clickable items, work well by standing out for the player. We designed it mobile first so that we knew how to fit together all the components would fit and mirror the functionality that we settled on earlier on in the process. 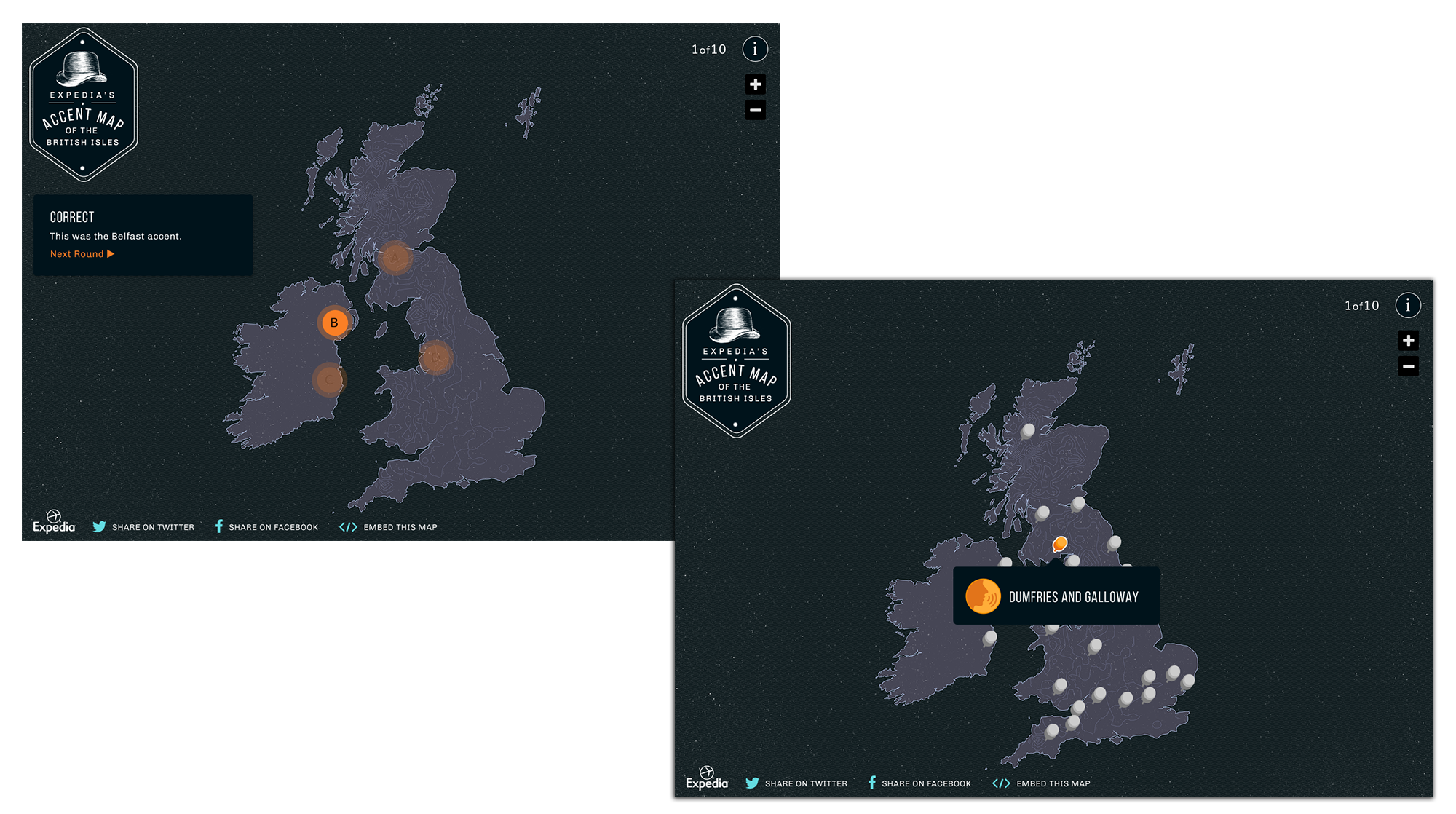